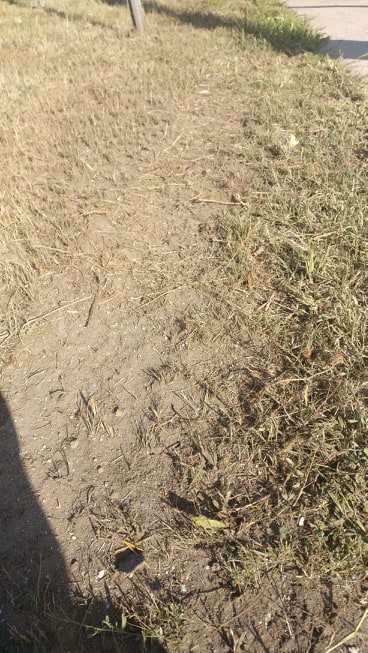 A local tourist attraction known to many as the Butterfly Boulevard was razed to the ground by order of North Huron council. The Butterfly Boulevard was started as a political protest (Boulevard Boycott) to pressure North Huron council into discussing clearing all the sidewalks in the winter. This combination protest/natural zone was drawing people from over an hour away to Wingham to shop and dine.

12Aug2019 Council sent in contractors to kill all wildflowers and specialty grasses in the Butterfly Boulevard in an attempt to silence the protest. Apparently town staff will be sending the bill to an adjacent property owner despite North Huron being the owner of the property serviced by the contractors. It seems all 120+ town staff were all too busy to take the 3.5 minutes it took to slaughter the Butterfly Boulevard, so they had to hire contractors, not at arms length according to sources.

This was all done to avoid discussing the sidewalk issue in Wingham. To do this our Charter Rights had to be suspended and a new absolute law adopted that could not or would not be appealed or discussed at a local level. Your right to face your accuser and to appeal a decision has been revoked by North Huron council at town staffs demand. If this doesnt concern you to your core, I am surprised you were literate enough to read this far, as we have clearly now fully fallen into a dictatorship.

North Huron council, at town staffs demand, rubber stamped a new stricter property standards by-law. There was zero Public input or discussion regarding this new law except council demanding that it be absolute and that the Public could not oppose or appeal a decision by town staff.

This was an attempt to force private citizens to maintain municipal infrastructure at their own expense and risk and to make to the Butterfly Boulevard illegal. This is despite council being fully away such a by-law can never hold up in Ontario Courts due to the Bongiardina VS City of York ruling. Simply put, a municipality cant transfer liability or responsibility of municipal infrastructure to a private citizen without their consent, councillors and even small children know this.

Taxes are expected to soar as North Hurons legal fees will likely hit $100,000+ as council defends their position that they dont have to maintain our roads and sidewalks despite it being prescribed in the Municipal Act and by the Ontario Court of Appeal.