[This Space Reserved For "Parasite For A Year" Winner (aka In It To Win It). Become a Parasite, Become Famous!]

Bernie Bailey Wanted For Questioning - Want To Know Where The Money Went? 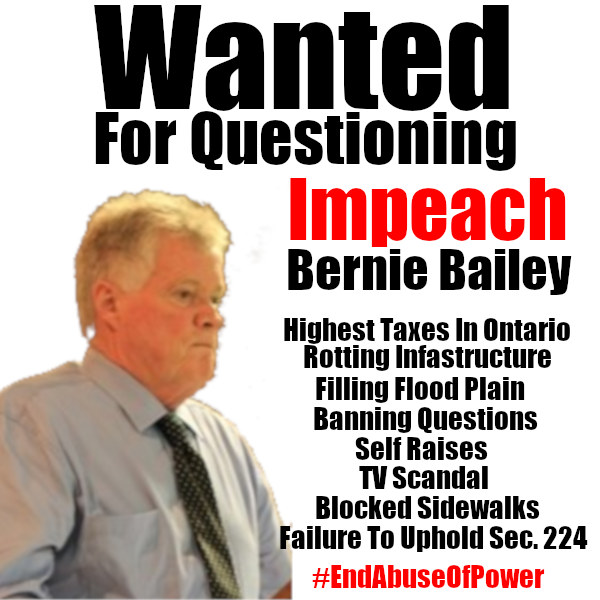 North Huron Reeve bernie bailey recently stated in an interview that questions will now be "allowed" at council meetings during the 2 minute "praise/bless council" portion at the start of the meeting.

The Public is strongly encouraged to test this bluff/lie by bernie bailey to see if both of his testes have now dropped and he now has the courage to answer questions from the public in Wingham.